It looks like you're trying to visit our USA store, would you like to go to our UK store?

Join our VIP list. We will contact you sparingly only to receive exclusive offers and invitations to interesting events. No spam.

Our welcome gift is 10% on your first purchase.

This Is How Your Brain Suffers When You’re Sleep-Deprived

Research shows that from mental health to mental performance, we’re not at our best.

As we go deeper under the hood, sleep becomes even more vital, playing a major role in brain maintenance. While we sleep, the brain is able to get rid of toxins, including proteins that are associated with Alzheimer’s disease. Which is to say, if we don’t allow the brain time to do this crucial work, the cost can be high.

Sleep affects our mental health every bit as profoundly as it does our physical health. Sleep deprivation has been found to have a strong connection with practically every mental health disorder we know of, especially depression and anxiety. “When you find depression, even when you find anxiety, when you scratch the surface 80 to 90 percent of the time you find a sleep problem as well,” says University of Delaware psychologist Brad Wolgast. In the Great British Sleep Survey, researchers found that sleep-deprived people were seven times more likely to experience feelings of helplessness and five times more likely to feel lonely.

Nancy Fox, who runs the healthy-eating website Skinny Kitchen, wrote evocatively about the effects of sleep on her emotional health: “When I was short on sleep it felt like my ‘cup of stress’ was full and the least extra amount made it spill over. I remember sitting in my car in the parking lot of the restaurant and getting a call telling me that it was my day with the carpool, and I had forgotten to pick up the kids. . . . It literally blew me out! . . . The lack of sleep was making me more emotionally fragile . . . [and] making small problems feel like big ones.”

Sleep deprivation also takes a toll on our mental abilities. “Your cognitive performance is reduced greatly,” said Till Roenneberg, a professor at Ludwig-Maximilians University in Munich. “Memory capacity is reduced. Social competence is reduced. Your entire performance is going to suffer. The way you make decisions is changed.”

Fact: when Golden State Warriors player Andre Iguodala improved his sleep habits, his playing time increased by 12 percent and his three-point shot percentage more than doubled. His points per minute went up by 29 percent, and his free-throw percentage increased by 8.9 percent. His turnovers decreased by 37 percent per game, and his fouls dropped by 45 percent.

In just two weeks of getting six hours of sleep per night, the performance drop-off is the same as in someone who has gone twenty-four hours without sleep. For those getting just four hours, the impairment is equivalent to that of going forty-eight hours without sleep. According to a Today show survey, the side effects of not getting enough sleep include difficulty concentrating (29 percent), losing interest in hobbies and leisure activities (19 percent), falling asleep at inappropriate times throughout the day (16 percent), losing your temper or behaving inappropriately with children or partners (16 percent), and behaving inappropriately at work (13 percent).

If a friend described chronic behavior like this to you, you might reasonably worry that he or she was having a drug or alcohol problem and stage an intervention. But we still have a long way to go toward treating sleep deprivation with the same seriousness and urgency.

Excerpted from THE SLEEP REVOLUTION by Arianna Huffington. Copyright © 2016 by Christabella, LLC. Published by Harmony Books, an imprint of Penguin Random House LLC. 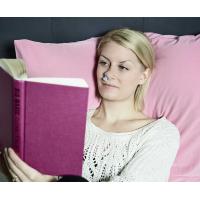 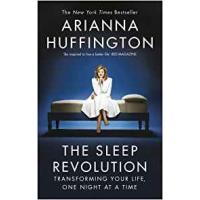 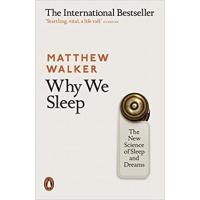